“My heart always timidly hides itself behind my mind.”

A brilliant poet and soldier, Cyrano de Bergerac apparently has it all—except the confidence to win the heart of his beloved Roxane. Lacking traditional good looks and the ability to truly “fit in”, Cyrano partners with his handsome friend Christian, also in love with Roxane but lacking Cyrano’s way with words. Together, the two make a formidable suitor as Cyrano expresses his true feelings for Roxane in the only we he feels he can—through love letters apparently written by Christian. Synetic Theater will apply their unique physical storytelling – and a stylistic twist – to this commedia-inspired wordless adaptation of Cyrano.

This production is recommended for ages 6 & up and includes audience participation.

Vato Tsikurishvili makes his directing debut at Synetic with Cyrano!

A native of the Republic of Georgia, Vato Tsikurishvili is an award-winning actor, choreographer, and educator with more than a decade of experience imparting Synetic Theater’s unique style to audiences and students of all ages.

Performing with his parents, Synetic co-founders Paata and Irina Tsikurishvili, since the age of 4, Mr. Tsikurishvili also has an extensive athletic background, having trained in fencing under Olympic coach Vladimir Nazlymov and in gymnastics with his grandfather, the world-renowned Olympic coach Arnold Kvetenadze.

Performing credits include lead and supporting roles in dozens of Synetic productions: Host and Guest, Othello, Antony and Cleopatra, King Arthur, Macbeth, The Taming of the Shrew, Home of the Soldier, The Tempest, The Three Musketeers, Twelfth Night, The Picture of Dorian Gray, Hamlet… the rest is silence, Beauty and the Beast, Much Ado About Nothing, Alice in Wonderland, Dante’s Inferno, The Hunchback of Notre Dame, and Sleepy Hollow.

His recent work as fight choreographer includes The Hunchback of Notre Dame, Dante’s Inferno and The Man in the Iron Mask as well as Titus Andronicus and The Adventures of Peter Pan, for which he was also Assistant Director and Co-Director, respectively. Last season, Mr. Tsikurishvili co-directed The Mark of Cain at Synetic and was a Creative Assistant for The Trial.

Vato Tsikurishvili is a 9-time Helen Hayes Award nominee, receiving a Best Supporting Actor nomination for his work in Much Ado About Nothing, and two Outstanding Choreography nominations for The Adventures of Peter Pan and The Man in the Iron Mask. He has also been part of six Outstanding Ensemble Award-nominated casts, winning the award five times.

As an educator, Mr. Tsikurishvili has trained Synetic company members, travels throughout the DMV area teaching stage movement to students of all grade levels, serves as an instructor at Synetic Studio, and, alongside Irina Tsikurishvili, trains the Synetic Teen Company.

ABOUT THE CREATIVE TEAM: 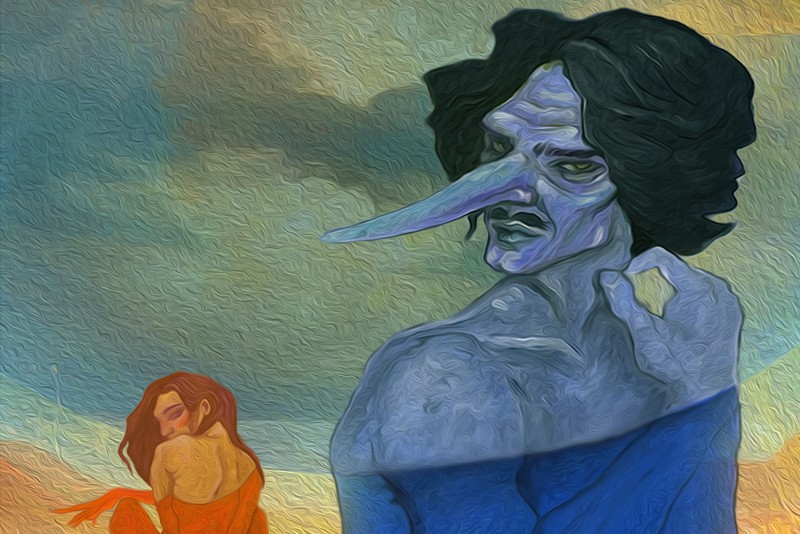