Based on “Day 10, Story 3”
A young man, overcome by envy and greed, plots to murder a man who is famed for his generosity and hospitality.

Based on “Day 6, Story 7”
Filippa in her 241 day of Quarantine runs away with her lover. A mad husband wants her to be burned at the stake.

Based on “Day 3, Story 1”
The Gardener: Kevin had the perfect life, but in an instant it all came crashing down. Follow the journey of man as he tries to find his confidence and self-worth through the strangest of circumstances.

mentored by Emily Whitworth with cinematography by Peter Pereyra, starring Scott Brown, Jessica McCreight, and Lily the Dog and special thanks to Peter Pereyra, The Schindler Ct. Crew, and Synetic Theater

Based on “Day 4, Story 7”
Separation and longing make for a dangerous recipe in desperate times; a warning- don’t drink the Kool-Aid.

mentored by Emily Whitworth, Music from bensound.com, and special thanks to my love, Alan 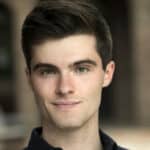 Joseph McAlonan is excited to navigate this new world of cyber-theatre in his first production with Synetic Theatre. DC Theatre: Monumental Theatre: Drowsy Chaperone (upcoming), Head Over Heels. NextStop Theatre: Singin’ in the Rain. Joseph is a recent graduate of The Catholic University. He would like to thank his family and friends for being the best ones out there. Enjoy the show! 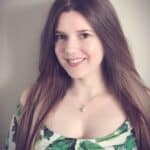 Catherine Nunez is a stage, film and television actor. Local credits include: Oyeme, The Beautiful (Imagination stage) In The Time of the Butterflies, Life is a Dream, Que Las Hay, Exquisite Agony (GALA Theater). A native of Cuba, she has appeared in Cats, Réquiem por Mercedes, Grease, Mujeres de cristal (Teatro Mefisto) in her home country; and Eclipse in the Dominican Republic.  Her film credits include El Viajero Inmóvil and José Martí, el Ojo del Canario. She also has appeared at the Festival de la Ciudad Colonial de Santo Domingo and the International Cultural Festival Utep in El Paso, TX. While not on stage, she complements her theater career  as a Stage Manager (Like Water for Chocolate, Between Earth and the Sky, The Old Man, the youth, and The Sea– GALA Theater) and as a Teaching Artist at Paso Nuevo Youth Ensemble, Imagination Stage, and Keegan Theater. 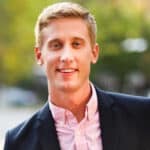 Scott Brown has been a proud company member with Synetic Theater for over 13 years. While performing, he has also been the guy with the camera capturing the behind-the-scenes action as well as documenting the experiences while on tour. Scott writes, directs, produces and edits video content for various clients in the DC area and he is excited to be participating in the Decameron project. Scott received a B.S. in Theatre from Radford University. (www.scottbrowndc.com) 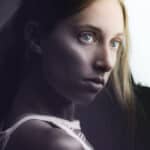 Anne Flowers is a proud Synetic company member and has been training with the company for five years. She has been involved with 10 shows including Dante’s Inferno, Hunchback of Notre Dame, Wizard of Oz, Cyrano de Bergerac, Treasure Island, and The Tempest. She was also assistant director of Richard III and enjoys being creative on both sides of the table. Anne’s love for physical theatre began during her studies at the Eugene O’Neill Theatre Center’s National Theatre Institute and continues to grow everyday. She encourages everyone to keep moving and enjoy the natural things all around us. Thank you to Paata and Ira, her husband Alan and our friends and family for the support and encouragement as she continues to pursue a career in the arts.