Based on “Day 3, Story 2”
Suspecting the Queen of adultery, a wise King discovers his plan to catch her lover is not as foolproof as first imagined.

mentored by Ryan Sellers starring Ariana Jarama as Queen, Evan K as King, Will Hayes as Man, Lauren Webre as Ring Girl, Hayward Charles as Honeybear, and Jason Tuttle as Bodyguard with cinematography by Andrés Mera and music by Konstantine Lortkipanidze

Based on “Day 1, Story 3”
What happens when you run out of money in quarantine? 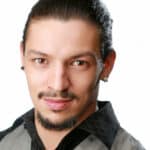 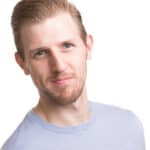 Will Hayes previously performed with Synetic Theater in The Man in the Iron Mask, Romeo and Juliet, As You Like It, and A Midsummer Night’s Dream. Other credits include Studio Theatre’s Rocky Horror Show (Rocky), The Who’s Tommy (Tommy) with Open Circle Theatre, and Olney Theatre Center’s Colossal. 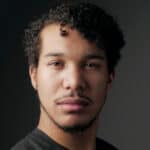