An abbess rises in haste and in the dark, with intent to surprise an accused nun in bed with her lover: thinking to put on her veil, she puts on instead the breeches of a priest that she has with her. The nun, after pointing out her abbess’s head covering, is acquitted, and thenceforth finds it easier to meet with her lover.

Fortune’s Fool: A jealous and over protective father is moved to violence when his daughter takes a love. This time with Clowns!

mentored by Ben Cunis with special thanks to Mandi Lee.

Based on “Day 8 Stories”

From smelly judges to trading spouses, the stories from Day 8 of Decameron have it all. These comedies are summarized in the style of a rapid fire Draw My Life, and audiences will be left in stitches! Closed Captions Available. 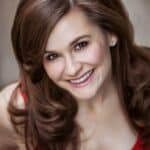 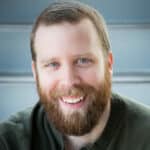 Christopher Rushing is currently the Education Director at Synetic Theater. He is an actor, director, playwright, theatre-maker, and educator with a decade of experience. Chris has had the privilege to work with some incredible theaters in the southeast, including the Atlanta Shakespeare Company, Georgia Shakespeare Festival, Arís Theatre, Nashville Shakespeare Festival, and the Orlando Repertory Theatre. As an actor and director, he’s worked on over half of Shakespeare’s canon. To see a list of favorite projects, check out his website (www.christopherrushing.com). Chris was a founding member of The Seedling Project, an experimental theater collective that was driven by Theatre for community, Theatre for research, and Theatre for growth. It was pretty groovy.  He, his wife Mandi, and his dachshund mix Penny now live in Northern Virginia.  When he is not creating art and plumbing the depth of the human soul, Chris likes to play board games, walk his puppy, and write sketch comedy. 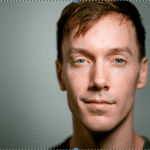