Synetic Theater reawakens one of the most acclaimed stories in history, Bram Stoker’s Dracula, from October 13 through November 6 in National Landing. The iconic and sinister tale of Vlad the Impaler’s descent into darkness returns to the theater for a third remount. In conjunction with this production, Synetic’s spooky gala, Vampire Ball returns in a one-night only event on October 28.

The sensuous and terrifying thriller arrives just in time for Halloween. With blood-sucking temptresses and creeping mists sure to send a chill up your spine, Stoker’s classic 1897 tale rises again. Dracula, the legend that inspired an entire genre of literature and film, explores the universal theme of good versus evil. As a bloodthirsty vampire terrorizes the countryside, an unlikely group fights to defend their home. Director Paata Tsikurishvili’s vision comes to life in this dark and menacing piece.

Familiar names flood the cast list for this American gothic horror story. Dan Istrate–a Romanian-American actor born near Transylvania–reprises his 2009 role as the notorious Count Dracula. Company members Philip Fletcher and Irakli Kadsadve retake Synetic’s stage as Holmwood and Renfield alongside a number of Synetic first timers. The updated production will once again feature Irina Tsikurishvili’s dazzling choreography critics have referred to as “lush” and “delightfully stimulating.” Complete casting and creative crediting are below.

On October 28, for one night only, Synetic fans can experience DC’s favorite Halloween-themed dance party, Vampire Ball. The festivities start with a performance of Dracula followed by an indoor/outdoor celebration with themed drinks, food, physical theater and more. All proceeds benefit Synetic Theater’s arts and education programs. 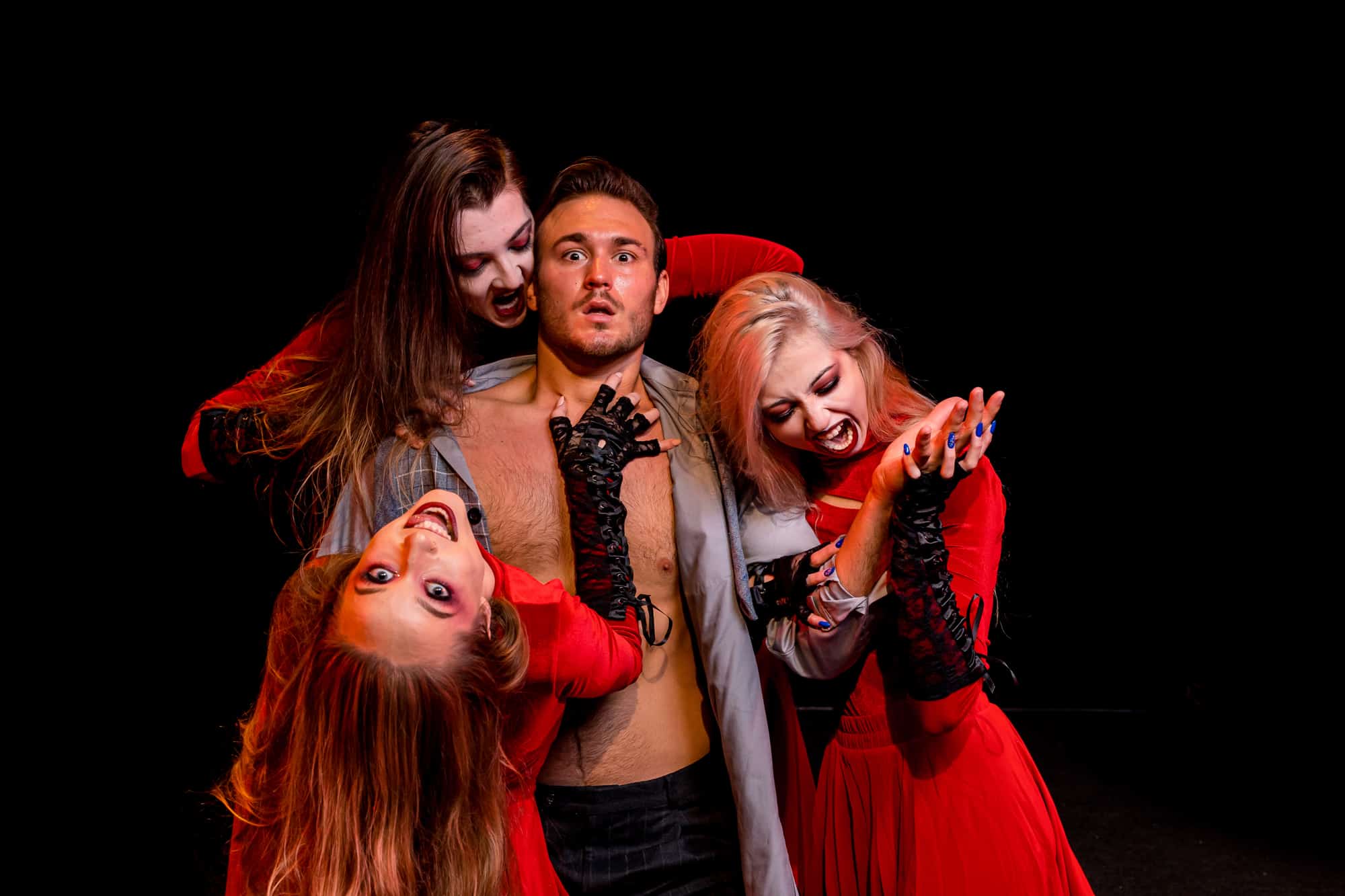 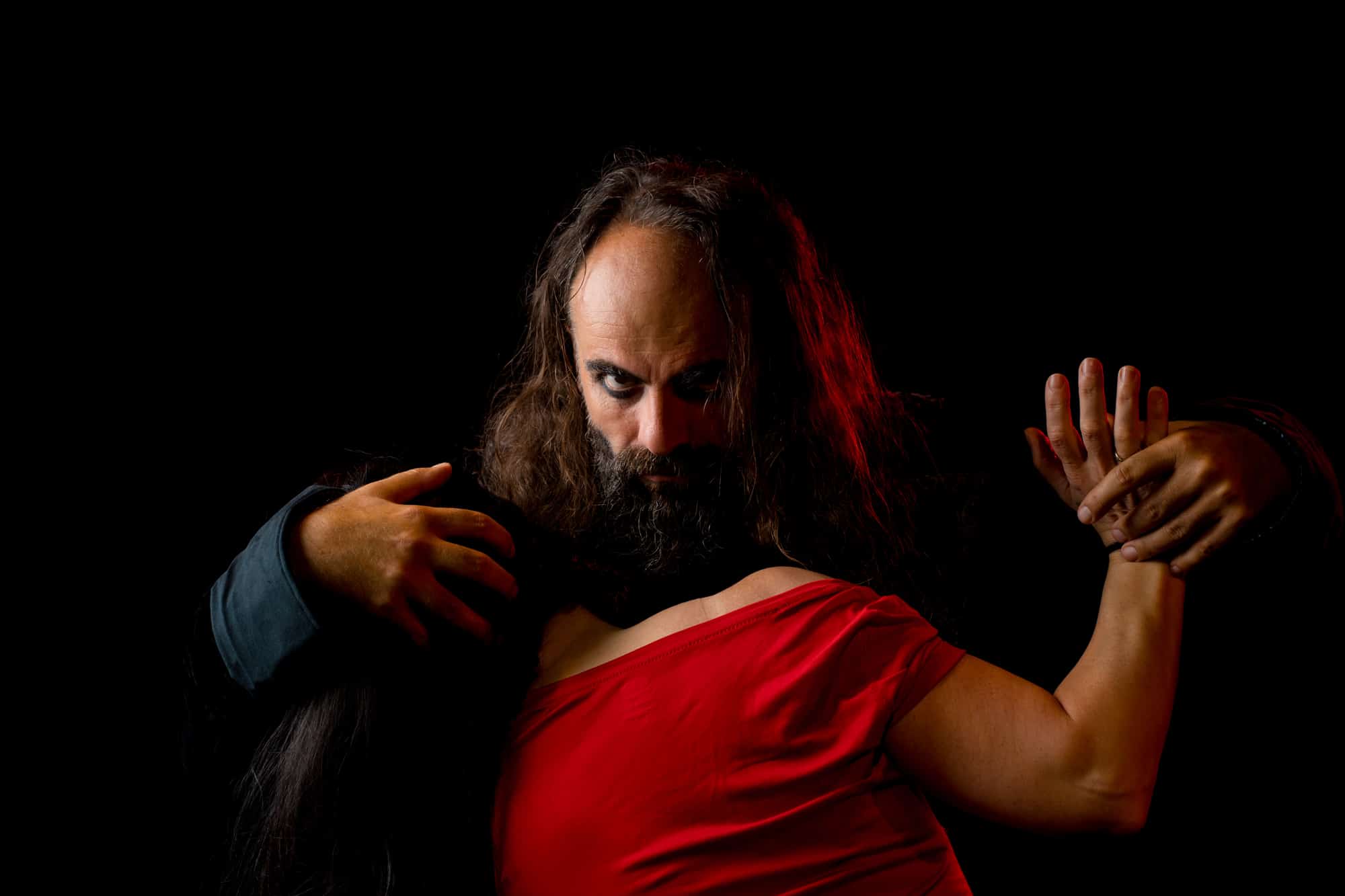 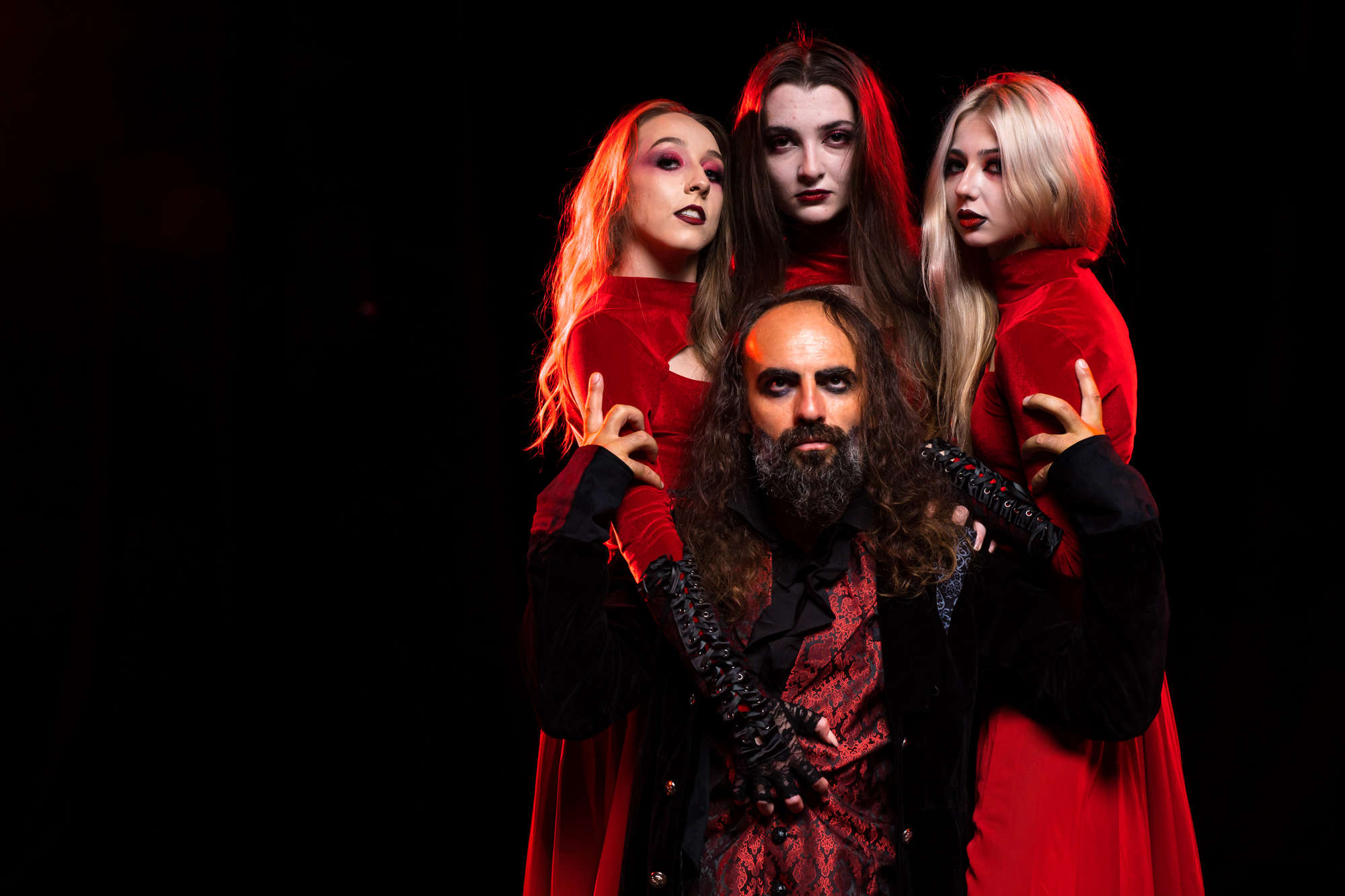 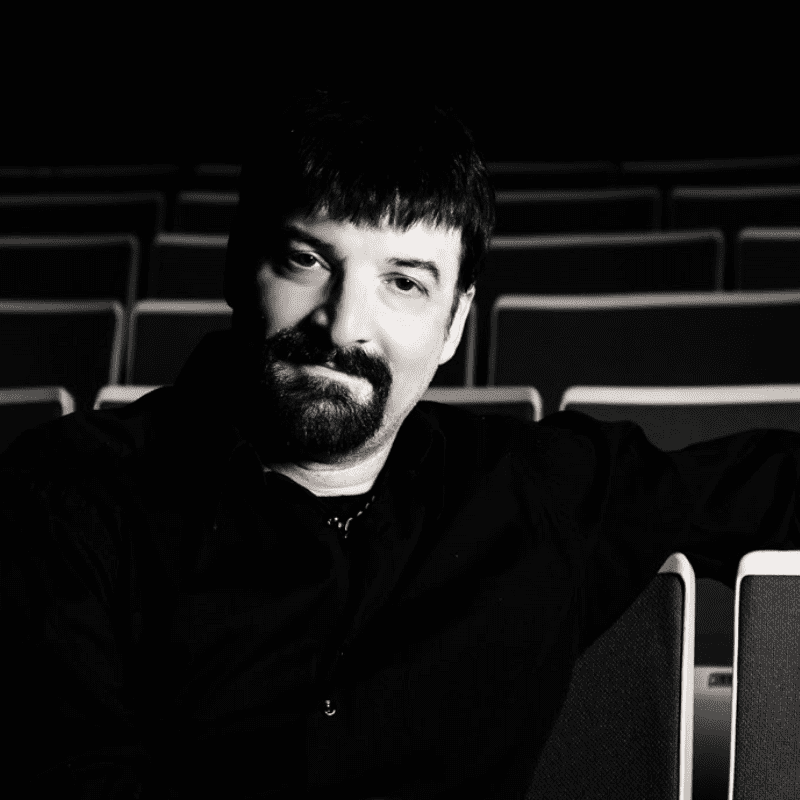 A native of the Republic of Georgia, Paata is an innovative, award-winning international artistic director, director and educator with more than 30 years of experience fusing the classical elements of drama, movement, dance, pantomime and music. Since Synetic Theater’s founding in 2001, Mr. Tsikurishvili has received an impressive 25 Helen Hayes Award Nominations and has won the awards 9-times. Together with his wife and co-founder Irina, he was named “Washingtonian of the Year” in 2013. Mr. Tsikurishvili has directed and performed in Hamlet … the rest is silence, The Master and Margarita, The Crackpots, Dracula, Host and Guest, Frankenstein, and The Island of Doctor Moreau. He has directed over 60 productions including Salomé, Bohemians, Jason and the Argonauts, The Dybbuk, Faust, Frankenstein, Macbeth, Animal Farm, The Fall of the House of Usher, A Christmas Carol, Romeo and Juliet, Carmen, Dante, A Midsummer Night’s Dream, Antony and Cleopatra, Othello, King Arthur, King Lear, Don Quixote, Twelfth Night, Much Ado about Nothing, The Three Musketeers, Alice in Wonderland, The Picture of Dorian Gray, Jekyll & Hyde, The Taming of the Shrew, The Tempest, As You Like It, and The Man in the Iron Mask. Synetic’s inaugural production, Hamlet … the rest is silence received 3 Helen Hayes Awards for Outstanding Director, Outstanding Resident Play and Outstanding Choreography. As an educator, Mr. Tsikurishvili has trained hundreds of actors in movement technique through Synetic Theater and has taught at leading universities such as American University, Catholic University of America, and Georgetown University. Before moving to the USA he co-founded Mimodrama Theater in Germany and has toured worldwide. Paata holds an MFA in film directing from Tbilisi State University and a BFA in acting from The State Institute of Theater and Film in Tbilisi, Georgia. 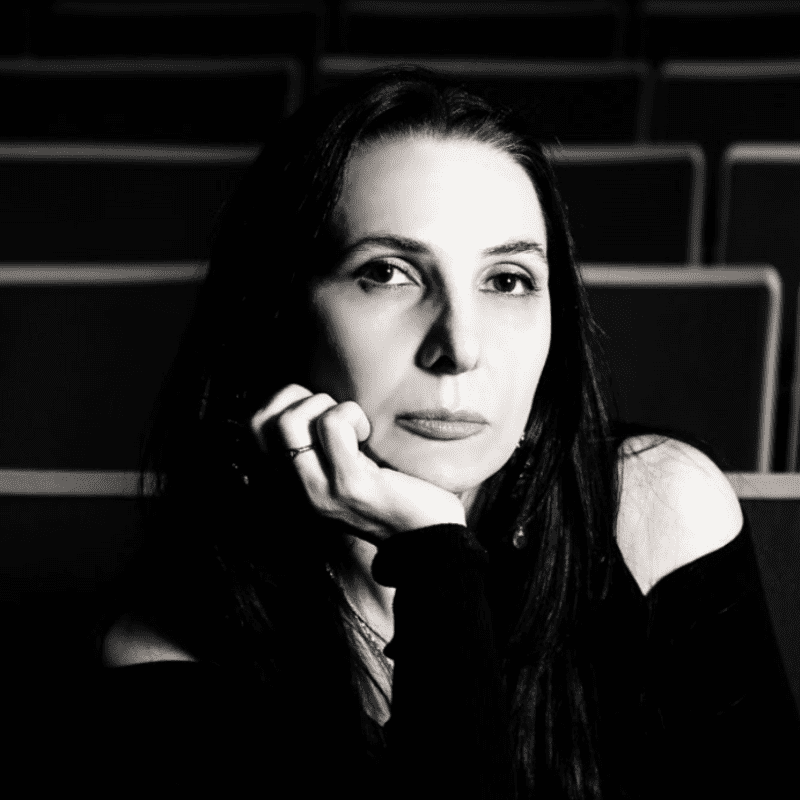 A native of the Republic of Georgia, Ms. Tsikurishvili is a 58-time Helen Hayes Award Nominee and has won the award 14 times for her outstanding choreography and acting. Irina has choreographed all Synetic Theater’s productions including The Crackpots, Dracula, Host and Guest and Frankenstein, Island of Doctor Moreau, Salomé, Bohemians, Jason and the Argonauts, The Dybbuk, Faust, Frankenstein, Macbeth, Animal Farm, The Fall of the House of Usher, A Christmas Carol, Romeo and Juliet, Carmen, Dante, A Midsummer Night’s Dream, Antony and Cleopatra, Othello, King Arthur, King Lear, Don Quixote, Othello, Twelfth Night, Much Ado about Nothing, Three Musketeers, Alice in Wonderland, The Picture of Dorian Gray, Jekyll & Hyde, The Taming of the Shrew, The Tempest, As You Like It, and much more. Ms.Tsikurishvili has taught at Georgetown University, where she choreographed Lysistrata. She continues to run intensive movement workshops and train Synetic cast members. With her husband Paata, she is the co-founder of Synetic Theater and co-founder of Stanislavsky Theater Studio. Paata & Irina were named Washingtonians of the Year in 2013. Irina Graduated from Chabukiani National Ballet Academy in Tbilisi Georgia and holds BFA in Performing Arts. 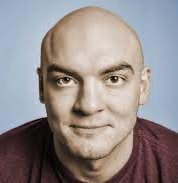 A native of the Republic of Georgia, Vato Tsikurishvili is an award-winning actor, choreographer, and educator with more than a decade of experience imparting Synetic Theater’s unique style to audiences and students of all ages. Performing with his parents, Synetic co-founders Paata and Irina Tsikurishvili, since the age of 4, Mr. Tsikurishvili also has an extensive athletic background, having trained in fencing under Olympic coach Vladimir Nazlymov and in gymnastics with his grandfather, the world-renowned Olympic coach Arnold Kvetenadze. Performing credits include lead and supporting roles in dozens of Synetic productions: Host and Guest, Othello, Antony and Cleopatra, King Arthur, Macbeth, The Taming of the Shrew, Home of the Soldier, The Tempest, The Three Musketeers, Twelfth Night, The Picture of Dorian Gray, Hamlet… the rest is silence, Beauty and the Beast, Much Ado About Nothing, Alice in Wonderland, Dante’s Inferno, The Hunchback of Notre Dame, and Sleepy Hollow. His recent work as a fight choreographer includes The Hunchback of Notre Dame, Dante’s Inferno and The Man in the Iron Mask as well as Titus Andronicus and The Adventures of Peter Pan, for which he was also Assistant Director and Co-Director, respectively. As an educator, Mr. Tsikurishvili has trained Synetic company members, travels throughout the DMV area teaching stage movement to students of all grade levels, serves as an instructor at Synetic Studio, and, alongside Irina Tsikurishvili, trains the Synetic Teen Company. 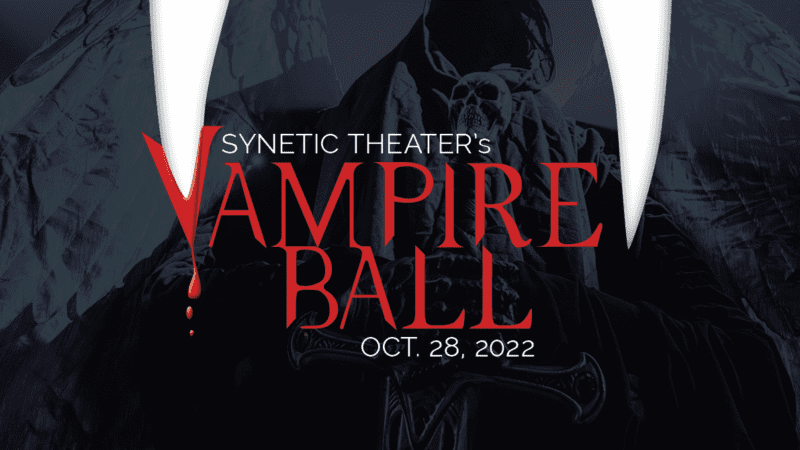 October 28 @ 7pm. DC’s hottest Halloween party with everything you need for a spooktacular night!